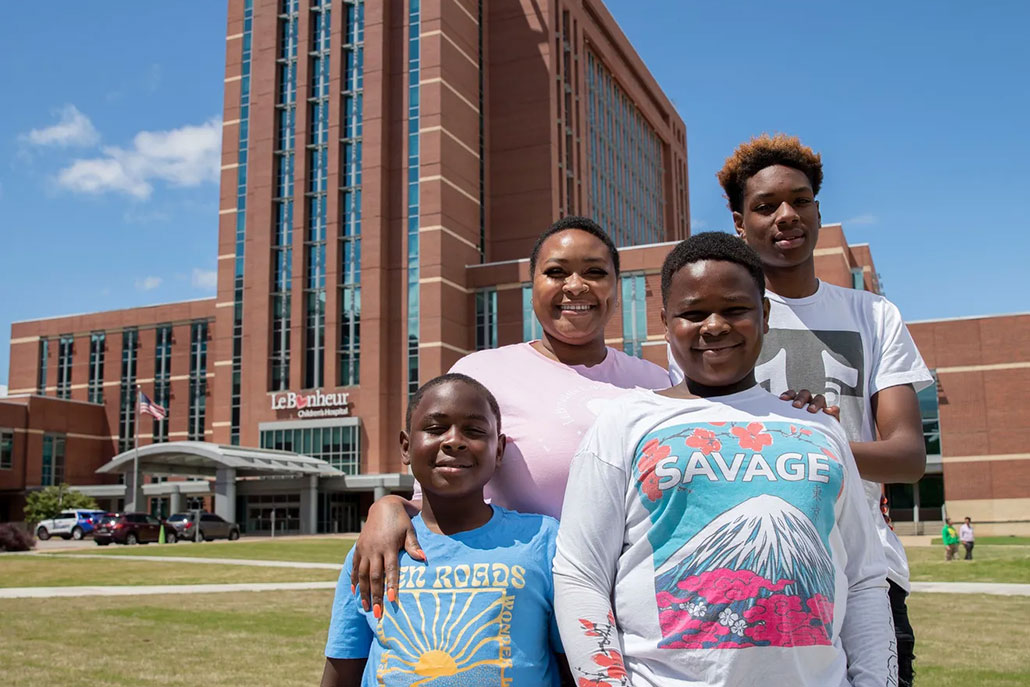 ‘Huge lifestyle change’: How a Medical District program helped a Memphis mom get her dream job Anjelica Parker had been wanting to work at Le Bonheur Children’s Hospital for more than a decade. When her first son, Donovan Coleman, now 16, was born, he had bad allergies and asthma that brought them to Le Bonheur regularly.

Parker’s love of kids and the care the doctors, nurses and other staff showed not only to her son but also to her made Parker sure it was the kind of place she wanted to be.

“They were nice. They were really sweet. You know, it just made us feel welcome every time we came,” she said. “It was a warm environment every time. It wasn’t like we were at the hospital.”

But each job application Parker put in was denied. Even though the hospital told her to keep applying for openings, the positions kept going to people already within the Methodist system. Then she heard about the Memphis Medical District Collaborative’s hire local program, which trains medical district residents for jobs at the district’s anchor institutions, like Le Bonheur.

Parker borrowed her mom’s car and drove across the bridge to Arkansas to get to the first available drug test appointment she could find and enrolled in hire local immediately. Now, she’s been working at Le Bonheur as a housekeeper for 15 months, something she credits in large part to the MMDC program.