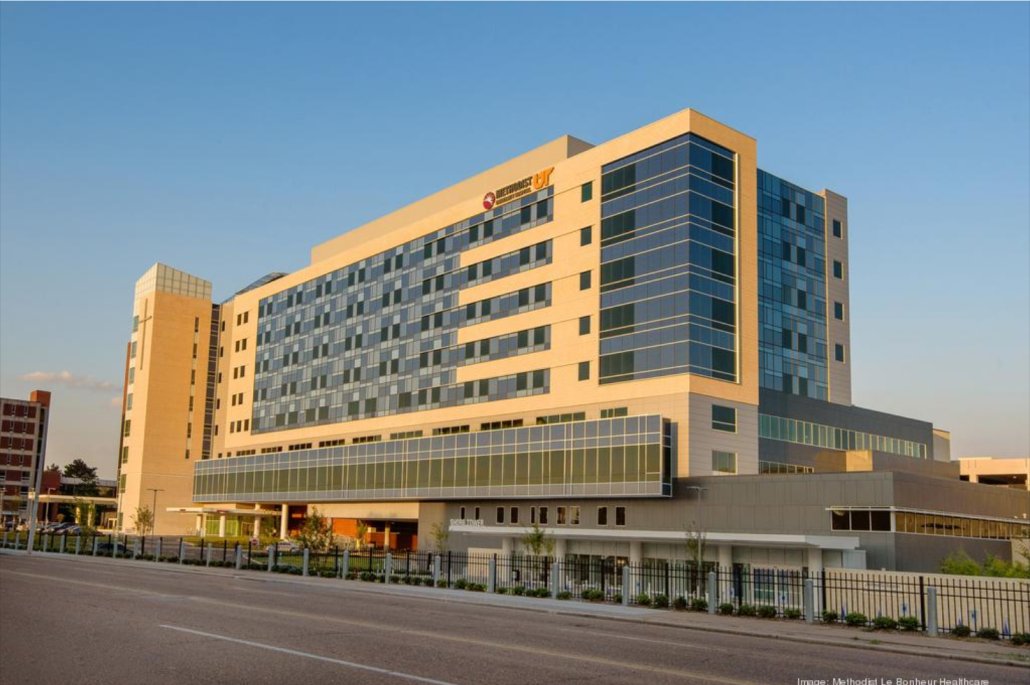 Throughout her career, the positions held by Latasha Harris have come with important benefits: Health insurance. Retirement plans. Professional development opportunities that lead to advancement.

Yet, as she’s acutely aware, not everyone has been so fortunate. In the Memphis Medical District, for example, the median household income is $19,125 — with 43% of residents living below the poverty line, according to an article Harris co-wrote for the Brookings Institute.

The area rife with poverty, however, is also rife with opportunity. The district is home to some of the city’s largest institutions — from Methodist Le Bonheur Healthcare to Regional One Health to St. Jude Children’s Research Hospital — and through its Hire Local initiative, the Memphis Medical District Collaborative (MMDC) is helping residents gain suitable jobs, with livable wages and growth potential.

“We believe there’s talent in their backyards, in Memphis,” Harris, the program management officer for the MMDC, told MBJ. “There’s no need to look anywhere else.”

With a place-based approach to workforce development — which seeks to connect people to jobs in their neighborhoods — Hire Local launched in 2017, modeled after the West Philadelphia Skills Initiative (WPSI). The WPSI had connected hundreds of West Philadelphians to positions, and the MMDC wanted to replicate its success.

At first, Hire Local operated as a matchmaking service, connecting the area’s residents to open jobs with the MMDC’s anchor partners, which includes seven of the medical and educational institutions in the district.

But quickly, the initiative encountered a major problem — people weren’t getting hired in jobs they were matched to.

To pinpoint the issue, Harris met with everyone involved in the process, both recruiting teams and Hire Local participants.

Employers felt applicants were missing soft skills, while applicants came across their own issues, not always hearing back from employers, and sometimes feeling unsure about how to fill out the application.

“Clearly, there were some gaps on all sides that we could address,” Harris said. “We started thinking how we could do this better… we needed to be sure we addressed points for both residents and employers.”

The result was a shift to a training model, one that offered classes building soft skills, and provided an important opportunity for participants — Methodist Le Bonheur Healthcare, one of the MMDC’s anchor partners, would provide a job interview to anyone who went through the program.

“That’s tremendous,” Harris said. “For residents, it’s a draw to come to a program where you know you’ll have an interview.”

The MMDC also decided to offer two training programs, one for housekeeping positions, and one certified nursing assistants (CNAs). These jobs, Harris explained, had low barriers to entry, and they could be good starting points for health care careers, with guaranteed benefits and wages of at least $15 an hour.

Classes for the housekeeping courses initially began in early 2020, with students taking classes that were half online, and half on campus at Southwest Tennessee Community College — another anchor partner with the MMDC. But in March, COVID-19 spread rampantly, forcing them to pivot to a remote learning model, and shift priorities.

Classes were delayed, and the MMDC redirected money to an emergency fund for residents of the Hire Local program, 60% of whom, Harris said, had lost income because of the pandemic.

Providing support to more than 50 families via rent or mortgage assistance, utility payments, and essential supplies, the emergency fund doled out just under $40,000 in support during the pandemic.

In July, the housekeeping courses started back up online, and Hire Local kicked off the CNA classes as well. Last month, it started offering in-person classes again, though several remote options are still available.

So far, around 45 people have gone through the program, which typically lasts four to six weeks, and the MMDC continues to stay in touch with them the first year after finishing courses.

Classes are free, though to enter the CNA program, you must already have certification as a nursing assistant.

“We’re challenging them to think about everyday issues in a different way, teaching folks to problem solve… they’re learning about themselves, their personalities, how they relate to each other, all of those things that play out in the work environment,” Harris said. “Students [have told us], ‘If I knew then, what I know now, I might have been able to handle a situation differently.”

One of these students is Naba Mambureh, a program alum who moved to Memphis from West Africa in 2017. After obtaining her nursing assistant certification in May 2020, she wanted to work in a hospital, but couldn’t find a job in one, and instead started with the Memphis Jewish Home & Rehab.

After going through the Hire Local CNA program, though, she managed to obtain a CNA position with Methodist University Hospital.

“My goal was to get into the hospital before I start school, so, they just made that dream come true,” Mambureh said. “They made that happen. I’m really grateful for Hire Local, and their soft skills program.”

When she says school, she refers to her next goal. Mambureh wants to be a licensed practical nurse (LPN), and she’s waiting to hear back from the practical nursing program at the Tennessee College of Applied Technology. Her ambition exemplifies part of the purpose of Hire Local — to provide not only a chance at a job, but one that could lead to further career growth.

Already, the MMDC is considering adding a Hire Local course for those ready for mid-level career roles.

“That’s super important, to have some type of ladder where there are opportunities for you to advance,” Harris said. “I think it’s powerful, that we have an opportunity to work with employers who care about living wages, who offer benefits to their employees. That’s how we rise out of poverty.”